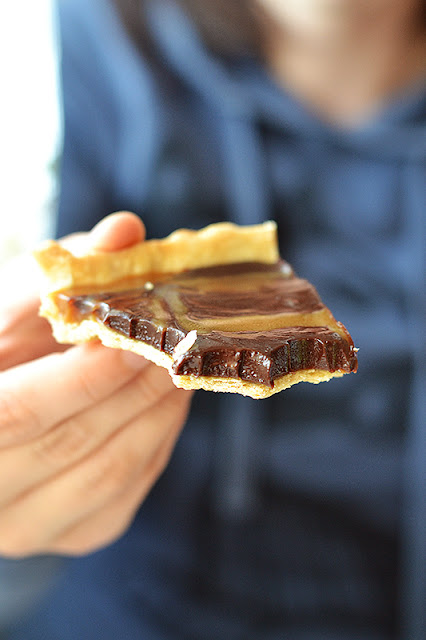 Obviously recipes that occur in a short time, usually are the best ones.
We cooked again. Denis prepared tomatoes stuffed with bacon and cheese, baked in the oven and as a side dish he managed to serve Chinese cornflour noodles in spicy tomato salsa. Did I mention that my dear friend Denis cooks really really well?! That was an amazing dinner and we were quite impressed with the result! We had realized that socializing through food and cooking is one of the most beautiful things in life.
Then I brought to the table caramel chocolate pie, actually it was a hedonistic kind of a pie, filled with that buttery base, salty caramel sauce and a rich chocolate ganache. :)
I made it an hour before they arrived. I quickly baked cookie base, and in the meantime I prepared caramel sauce and chocolate ganache.

So, here's the recipe!

Mix the flour with a pinch of salt, powdered sugar, add the cold butter cut in slices, processe until you have nice bread crumbs. Add the egg yolk and 3-4 tablespoons of ice water and with your hands form a soft ball of dough. Put the dough in a refrigerator at least for a half an hour. Roll out the chilled dough on a floured surface, and carefully transfer into a mold. Dock the botoom of the dough with fork and put it in a freezer for 15 minutes.

Preheat the oven to 180C, and bake the dough in preheated oven about 25 minutes until slightly golden on surface. 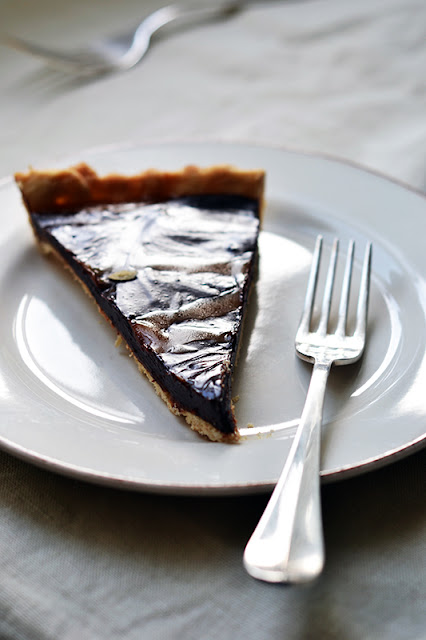 Chocolate ganache:
100g chilly/orange dark chocolate with 70% of cocoa solids 100 g dark chocolate (at least 50% of cocoa solids)100 g heavy cream
a pinch of vanilla bourbon powder
Place the chocolate into a medium bowl. Heat the cream in a small sauce pan over medium heat. Bring just to a boil, watching very carefully because if it boils for a few seconds, it will boil out of the pot. When the cream has come to a boil, pour over the chopped chocolate, and whisk until smooth.

Heat the brown  sugar in a medium saucepan over medium heat, stirring constantly with a wooden spoon. Sugar will form clumps and eventually melt into a thick brown, amber-colored liquid as you continue to stir. Be careful not to burn. Once sugar is completely melted, immediately add the butter. Be careful in this step because the caramel will bubble rapidly when the butter is added. Stir the butter into the caramel until it is completely melted, about 2-3 minutes. Very slowly, drizzle in 1/2 cup of heavy cream while stirring. Since the heavy cream is colder than the caramel, the mixture will rapidly bubble and/or splatter when added.Allow the mixture to boil for 1 minute. It will rise in the pan as it boils. Remove from the heat and stir in  salt. Allow to cool down before using. 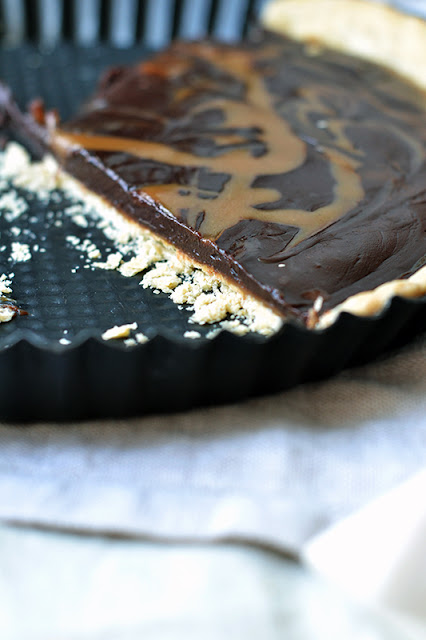 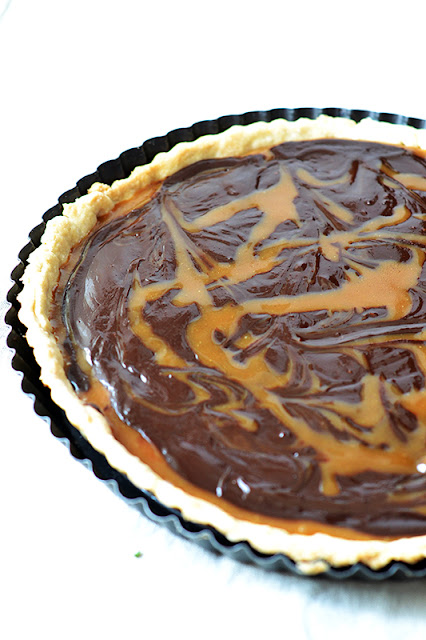 My recipes on Pearls of Croatia
Ebba's cuisine

Promote your Page too